5 Reasons Your Business Should Not Use A Wordpress

Matt Landers No Comments Yet

Subscribed us for latest news

Fully responsive web design for just $600 for the next two client to enter promo code:

5 Reasons Your Business Sould Not Use Wordpress

WordPress is the most widely used Content Management System (CMS) for websites. Some statistics suggest that it powers +50% of the websites on the internet, but does that mean WordPress is right for you and your business? WordPress was created as a blogging platform. It was a simple way for individuals to create their own personal space on the internet where they can share their passions, but over the course of the last decade, it has been used to do much more than it was intended. Many small businesses run their websites on WordPress for a myriad of different reasons, but the most prominent reason is that it is fast and easy to get up and running. A beginner can visit WordPress.com and have a site up and running in minutes. The ease of getting started on WordPress led to its popularity, and its popularity led to its misuse. Many people have crammed a square peg into round hole with WordPress, and as internet technologies evolve, its flaws are becoming much more apparent which leads me to the first reason you should not use WordPress for your business website.

1. Slow Load Times -With an average load time of 8.9 seconds, WordPress sites are the slowest of all sites on the internet. This is easily the most concerning aspect of WordPress. With the majority of traffic on the internet coming from mobile devices, speed is imperative. 47% of consumers expect a website to load in 2 seconds or less, and websites that load in 4 seconds vs. 2 seconds see a 50% decrease in conversions.

2. Wildly Insecure -WordPress’ flexibility and low barrier to entry is a huge factor to its popularity, but it’s also the primary factor as to why it is incredibly vulnerable to hacking. Plugins and themes are created by third-parties and are difficult to verify authenticity. WordPress developers rely on themes, plugins or a combination of the two in order to develop sites quickly and cheaply. This is the leading cause for WordPress sites being hacked.

3. Anyone can create a site -Typically, this would be considered a pro rather than a con, but what this means is that anyone that resembles a software developer can create a WordPress site. In fact, non-developers can create them. In minutes, you can have a site up and running at WordPress.com. When hiring a company to build your site, how do you know what you are getting? Are they actual developers that understand what is necessary to build a reliable, secure, fast website, or are they paying $50 for a theme and switching out your logo, photos, and graphics?

4. Unrealistic ability to update content -If you’ve purchased a website built with WordPress, you were probably sold on dreams of grandeur and a utopia where you can edit all the content of your website because it’s so easy. Fast forward to reality, and you’re stuck in a completely different situation. Every change you try to make to the site breaks the design, and you’re stuck paying an hourly fee to the company that promised you would be able to make simple changes yourself at no charge.

5. Fraud -One of the most egregious concerns with purchasing a site built in WordPress is fraud. The ability for novices to create sites on WordPress leads to design companies charging custom development prices for sites that they built with an inexpensive theme. If you’ve hired a company that promises they won’t use a theme, then you’re in luck. You can verify if they are telling you the truth or not by using the tool WhatWPThemeIsThat.com. Simply enter your web address, and it will point you to the theme being used.

These concerns are real, and they are questions you should ask yourself prior to paying someone thousands of dollars to develop your website. If your business is small enough to run on WordPress, then you can probably get away with paying $50 for a theme or using a service like SquareSpace, but if you’re a growing company that believes your website is the center of your marketing universe, you should hire a developer that builds websites using the latest web technologies and implements crucial digital marketing strategies.

We Are An Alternative To Wordpress; Standard American Web
Post By : Matt Landers
"5 Reasons Your Business Sould Not Use Wordpress"

Now we have our articles in audio for our readers that are just too busy to read. We're improving our clients' overall customer experience everyday.

READ SOME OF OUR ARTICLES BELOW IF YOU ENJOYED THIS ONE?
Post By : Jhone Albert
https://standardamericanweb.com/blog/standard-american-web/5-reasons-your-business-should-not-use-wordpress.html 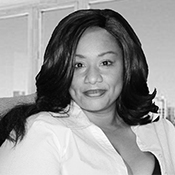 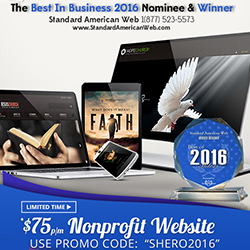 Designs Will Only Display Correctly On Mobile Devices When In The Mobile Design Studio BELOW.